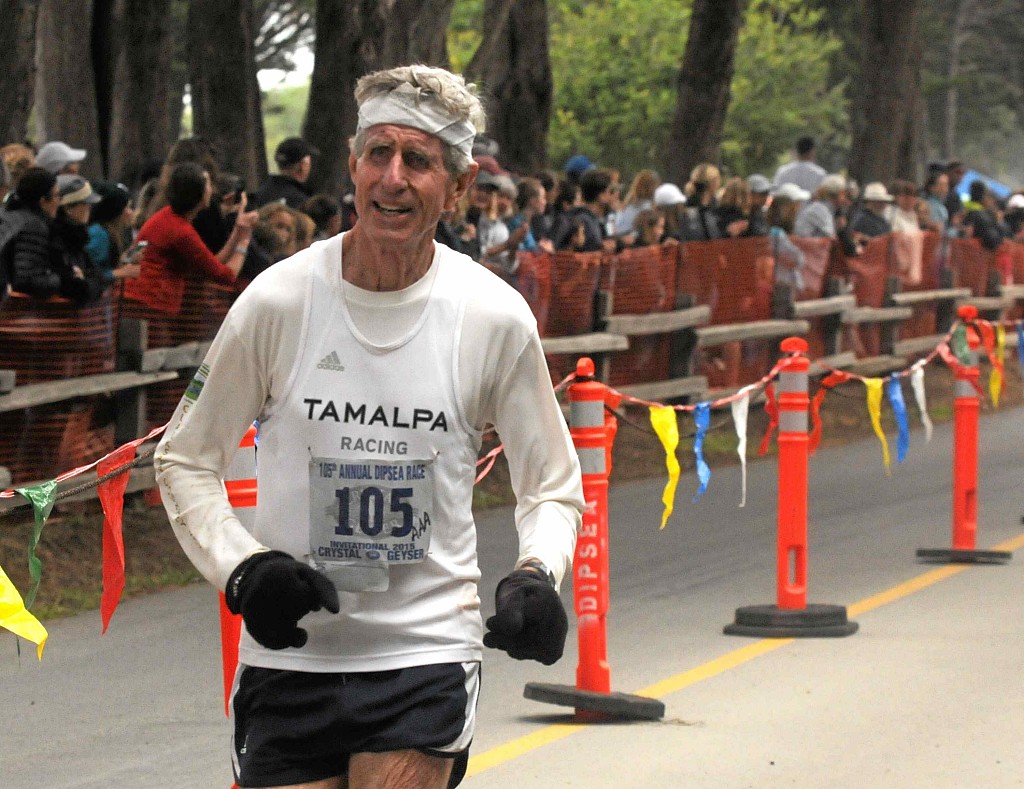 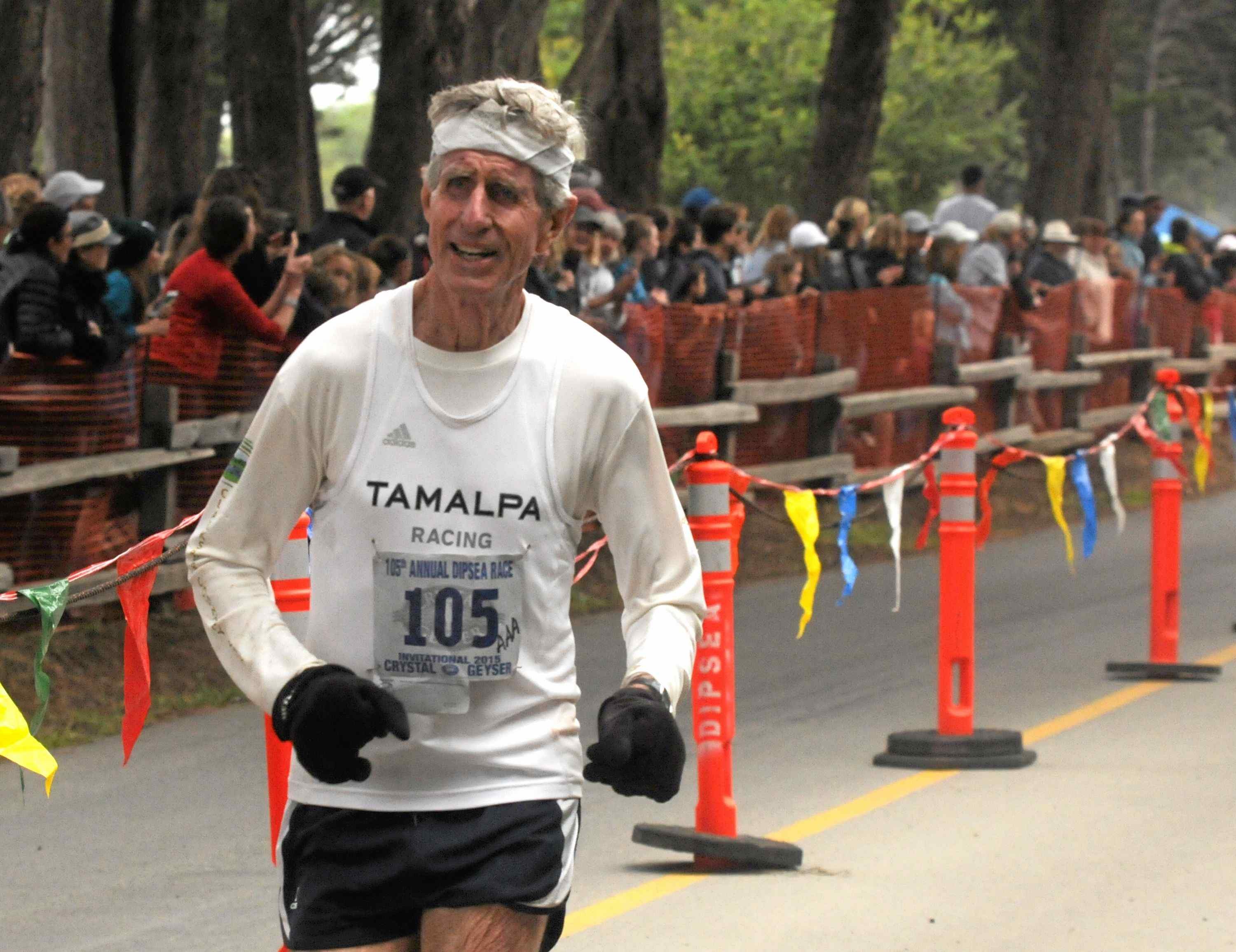 Mill Valley's Russ Kiernan is a three-time Dipsea champion, a member of the Hall of Fame and now perhaps the race's most recognized and beloved figure.  Kiernan's résumé remains unparalleled. His records of 27 top-ten, 19 top-five and 15 top-three finishes will stand for eons. Safe, forever, is his record of 11 Double Dipsea wins. His fastest Dipsea time was a sensational 51:23, at age 42, in 1980. Ten consecutive years (1999-2008), he recorded an actual running time (in minutes) below his age (in years), a feat only a handful of other runners have ever achieved even once. A unique aspect of Kiernan's Dipsea career is that, unlike other of the race's all-time greats, he was never a nationally top-ranked runner - although he was in the mixed horse riding/trail running discipline of Ride and Tie. "I did well in the Dipsea because I have always been a good and fearless downhiller, rarely got injured, and I trained long and hard on the course," Kiernan says. "And I knew the legal shortcuts!" Kiernan taught in San Francisco public elementary and middle schools for decades. It was at San Miguel Elementary School in the City that he met wife Marilyn, a kindergarten teacher, and they just celebrated their 50th anniversary. They had one child together, Kari, 47, and also raised Heywood Bowser, 46, through foster care. Bowser now has two children at Tamalpais High, with Russ and Marilyn living right across the street. At 80, Kiernan, not unexpectedly, has his share of medical woes. He is losing some vision to glaucoma and making a few wrong turns. He's had bouts with skin cancer. He is having a surgical procedure on his leg just nine days before the Dipsea. But on June 10, Russ will be at the Dipsea start line for a 49th time. You'll recognize him by the loudest cheers.      (06/02/2018) ⚡AMP
by Barry Spitz