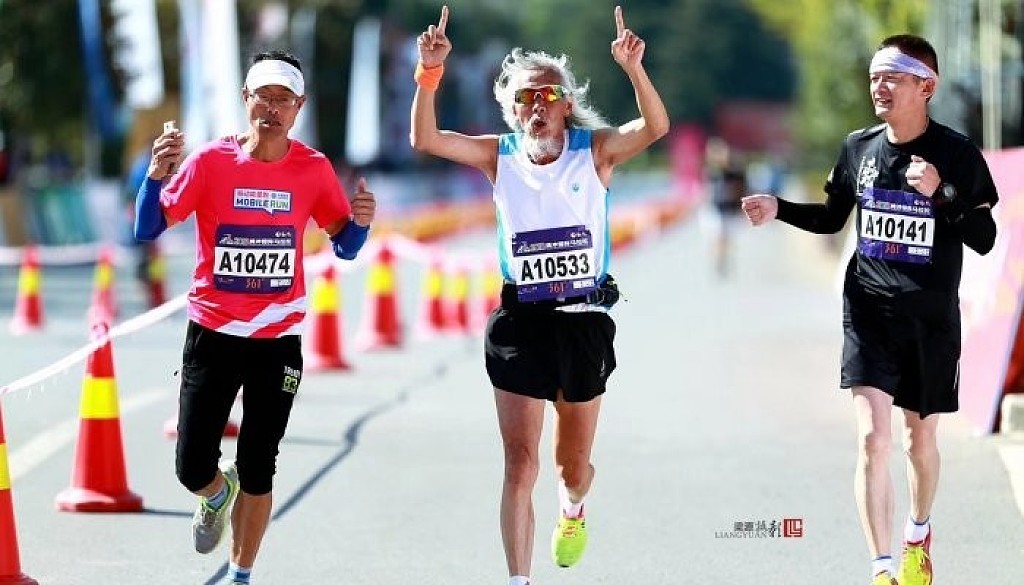 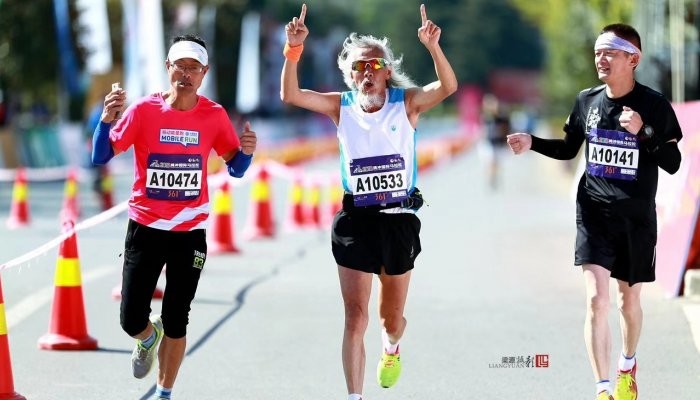 72-year-old Liang Huguo might be the fastest Marathoner 70 plus in China clocking 3:57

He never smoked or drank and did a lot of swimming. He took up cycle racing after retirement, and hiked to Everest base camp

Two years ago, the 72-year-old from Yunnan switched to running, and has since finished 23 marathons. He tells us about his simple diet and training.

He is following an old-school recipe for improving as a runner and leading a full life – a simple diet, no-frills training, travel, and stimulating company.

He has already run a sub-four-hour marathon, dominates in his age group in China, and is enjoying it all immensely.

“I don’t run to just finish. In every marathon I want to beat my PR. If I am far off my personal record I feel really disappointed with myself. I am like this with everything, I want to do everything the best I can,” he explains. 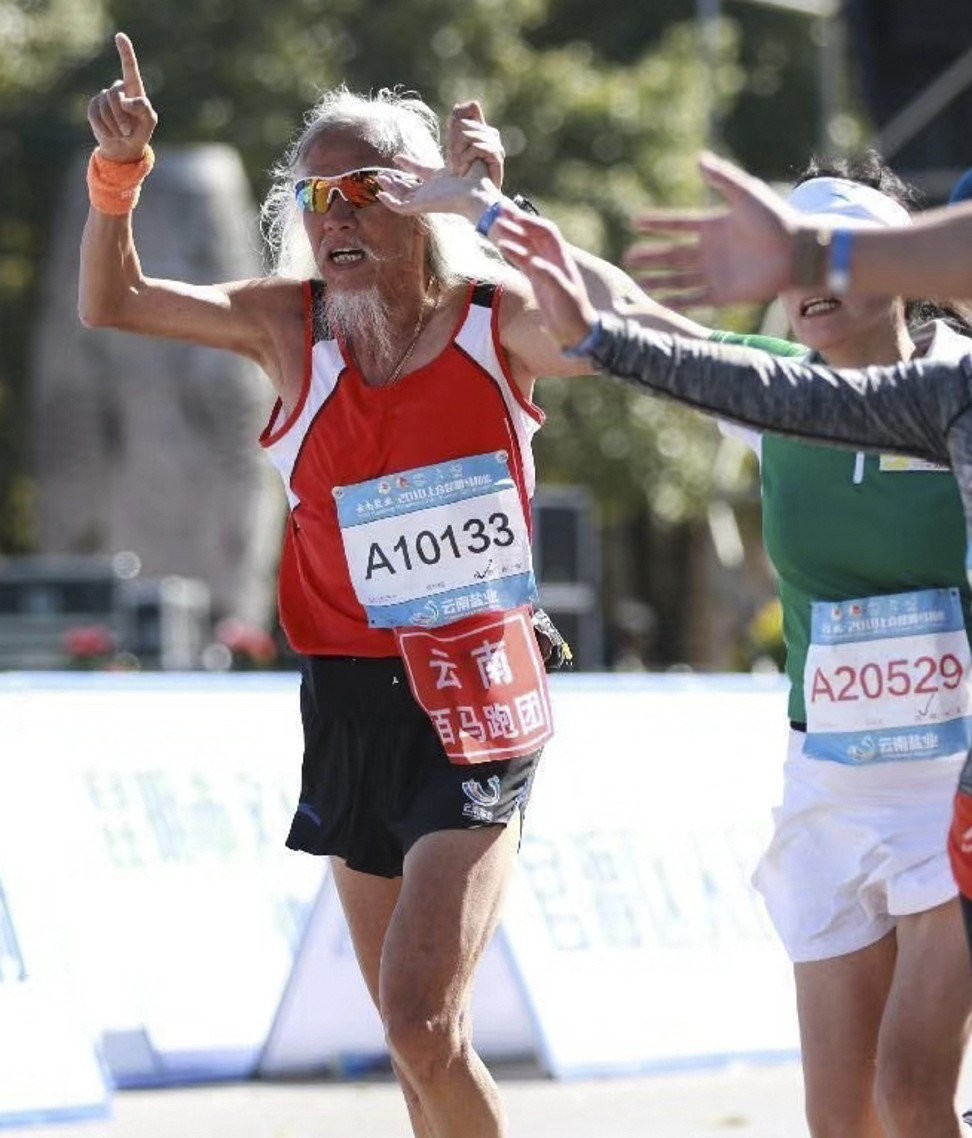 His current PR is three hours and 57 minutes. It qualified him for his age category for the Boston Marathon, and he is going to the United States to take part in it.

“Are you going to run Boston? I cannot speak English, it would be good if we can go together,” he says excitedly.

“We can share a room – you don’t smoke! Whenever I used to go to a race and share a room with Chinese runners, they smoked and they are really noisy. Now I always get a single room just for me. I did this in Berlin this year.”

Liang paid an arm and a leg for a running package tour to the Berlin Marathon, currently Chinese marathoners’ favorite overseas race, but it was worth it, he says.

It was here he set his personal best, and he was left impressed and encouraged by the number of people of his age running.

The official world marathon record in the 70-75 age group stands at two hours, 54 minutes and 48 seconds, set in 2004 by the legendary Ed Whitlock of Canada. Liang is in awe of both the man and the age-group records the late Whitlock set.

But drawing comparisons between Liang and Whitlock would be unfair. Liang first donned his running shoes at the age of 70, while Whitlock had been an elite cross-country runner in his youth who applied that residual fitness base to train for marathons in his forties.

We will never know what Liang could have done with his talent had he been discovered and received proper coaching as a youngster.

I don’t eat much … I eat mainly vegetables, not much meat.

“I don’t get injured,” he shrugs. “Once my hamstring felt a little tight after a marathon, and it bothered me for a while. Then it just went away.”

He may well be the fastest Chinese runner in his age category, but he says he does not think anyone keeps statistics for that in China. As he is clearly thrilled by the thought of possibly being a national record-holder.

Liang does not get hung up on dietary fads and eats sensibly. “I don’t eat much, but I eat whatever there is. I eat mainly vegetables, not much meat. Every day I drink half a litre of milk, half a litre of yogurt, one egg, one banana and one spoonful of honey,” he explains.

“I try to sleep as much as I can, but now my sleep quality is bad. After five hours I cannot sleep any more. I know this is not good for your health.”

Despite his gregariousness, Liang is a solitary runner. “I run about 80km [50 miles] a week, always on my own, unless I run with my apprentice – she is 47, and has just started running.”

Every weekend he takes a bus for an hour to travel across Kunming to do his long run – at least 20km (12 miles) on the newly laid running paths along Dianchi Lake.

The runners we come across there recognize and greet Liang warmly, including a running couple who happen to work for Yunnan Television.

“They interviewed me recently,” Liang says proudly. “Everyone knows me.”