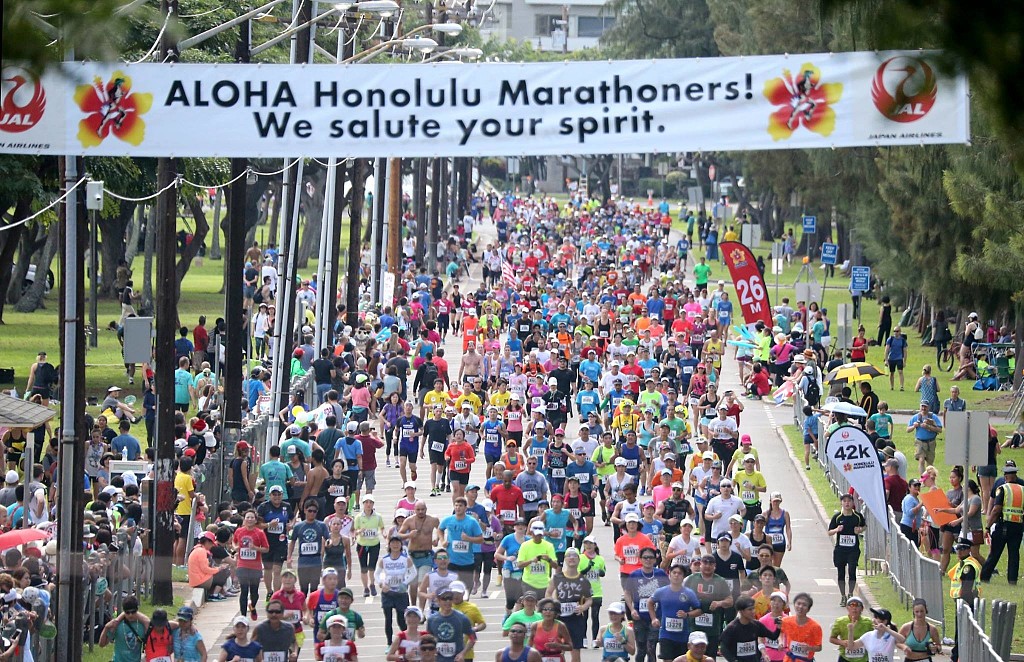 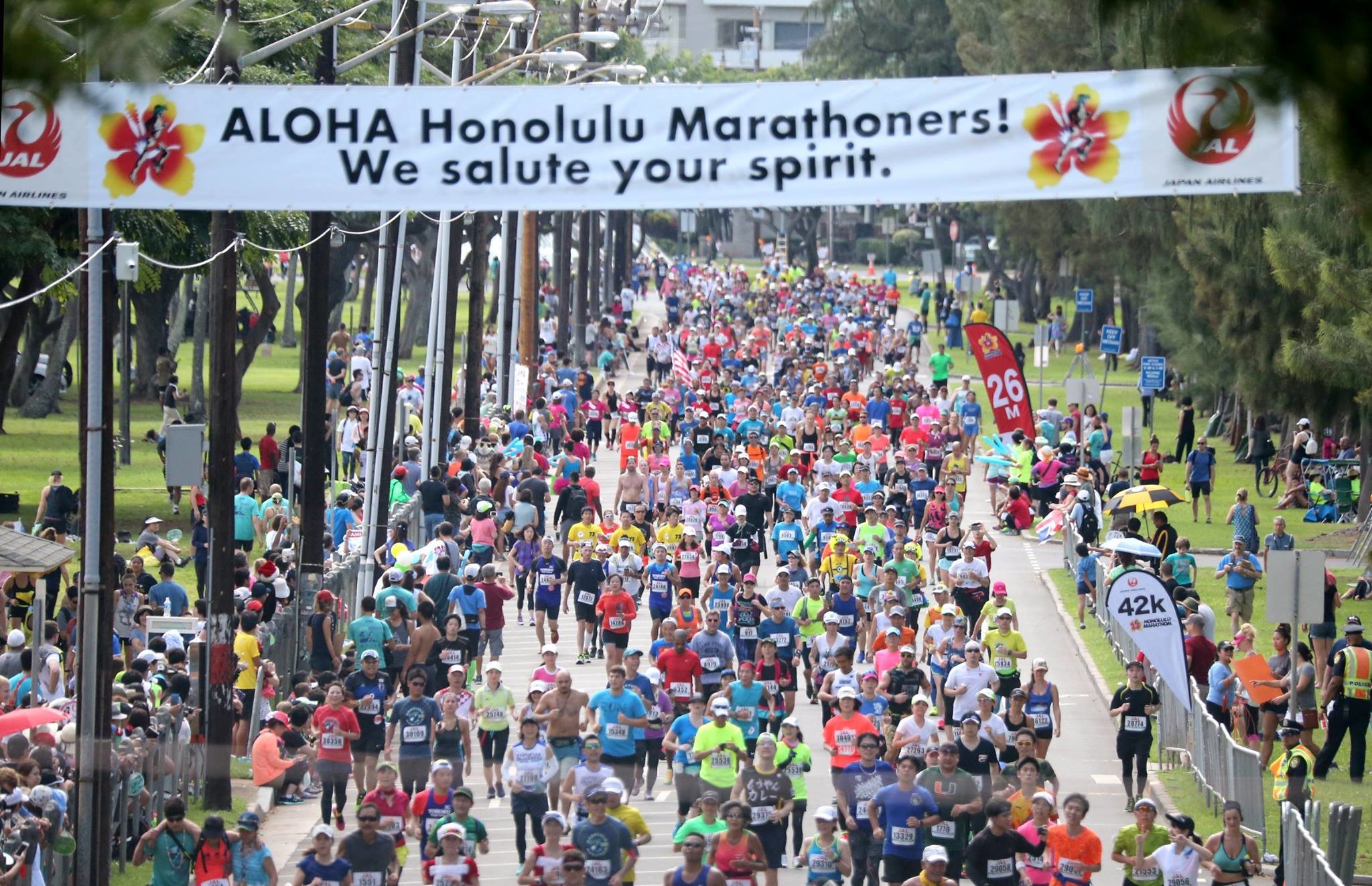 The very first Honolulu Marathon race debuted in 1973. The catalyst wasn't exactly athletic warfare or competition, but more as a way for a maverick cardiologist to show the benefits of long-distance running, primarily for his cardiac patients. 34 years later, it's the fourth biggest marathon in the world. And while there's still a laid-back vibe, the competition aspect has grown. In recent years, there has been a recent influx of world-class record-breakers and elite runners. (11/29/2017) ⚡AMP