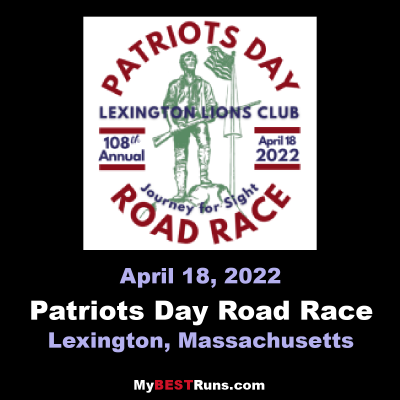 Come spend the day in Lexington, there is so much to offer. This annual race takes place on the anniversary of the first day of the American Revolution. Our 5 mile race is held Monday Patriots Day.

In 1914, Ralph "Curlie" Currier was among the 10 runners competing in the first running of the race. He finished 1stplace. He is shown in the photograph below.

The original trophy won by Currier was donated back the the Lexington Lions Club by his family in 2006. The trophy will beon display on Patriots Day at the Road Race Registration area and during the awards Ceremony. In honor of Ralph Curlie Currier his family has donated a trophy in his name which is inscribed with the name of every 1st place finisher of the Patriots Day Road Race from 1914 to present. 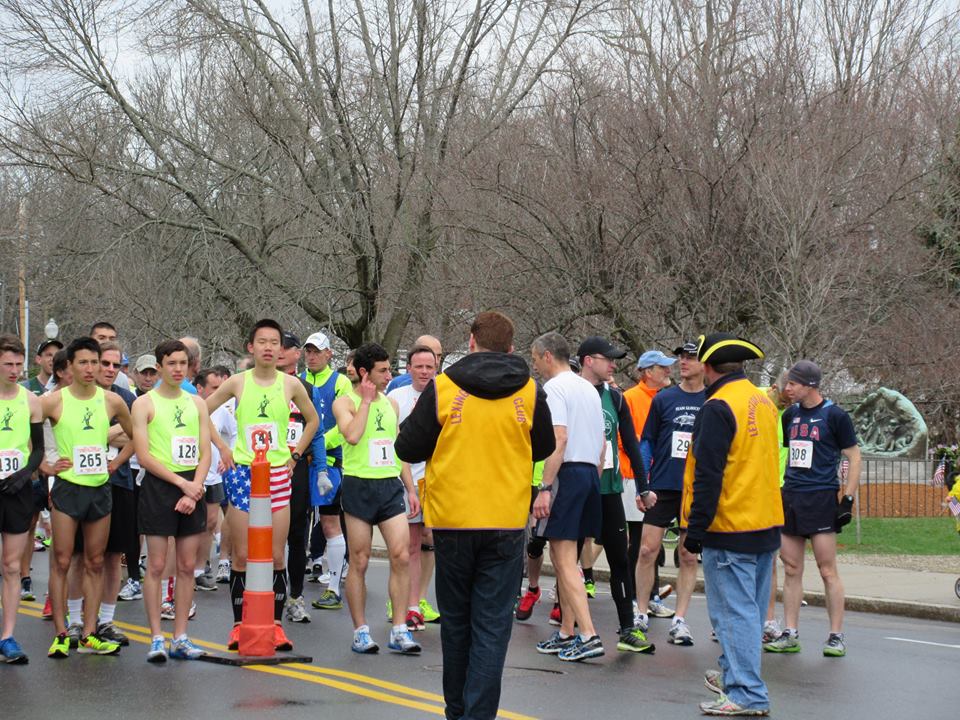 The race is five miles long and begins in front of the Buckman Tavern at 1 Bedford Street in Lexington Center, and next to the Minuteman Statue.

Parking is available at either the Library Parking Lot, or at one of the near by Churches.

There are 4 water stops along the race route. Close to each mile marker. 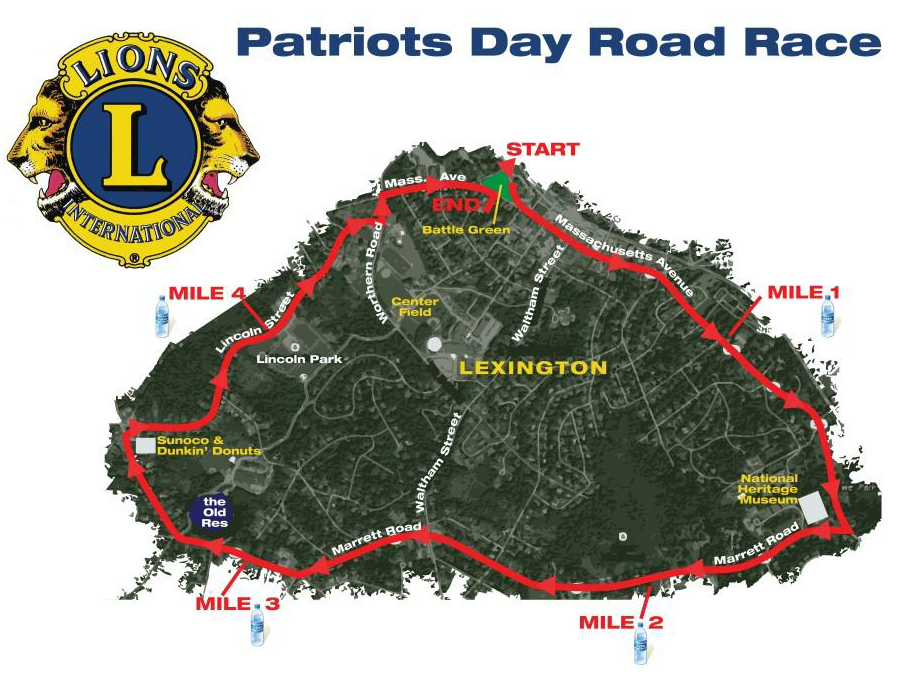 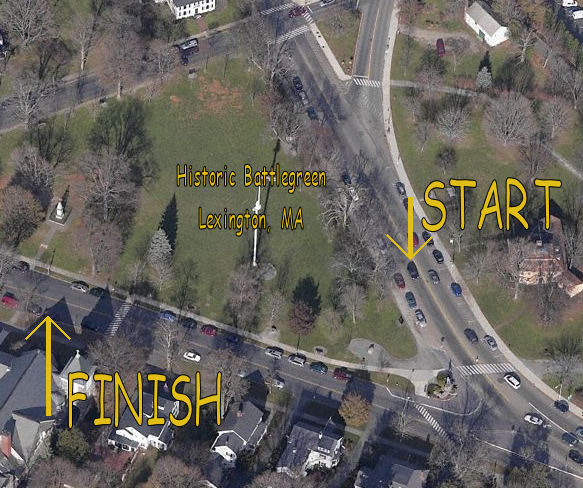 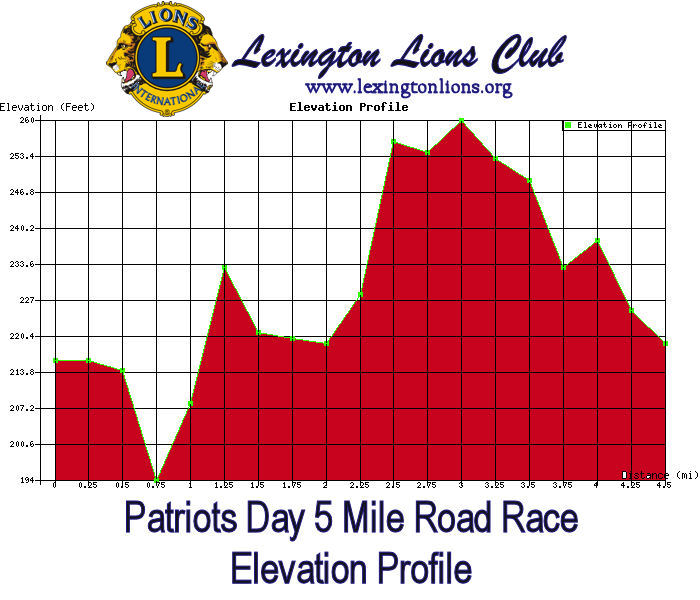