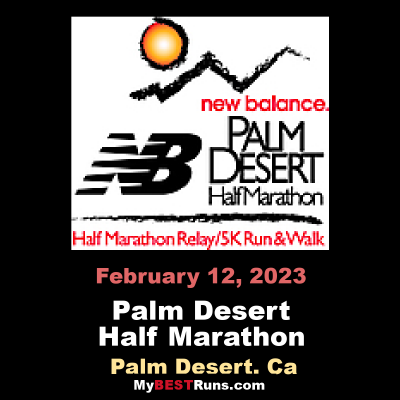 Palm Desert, Calif., a city of about 50,000 in the Coachella Valley, is approximately 14 miles east of Palm Springs and 122 miles east of Los Angeles. In the wintertime the population of Palm Desert swells by an estimated 31,000 as so-called "snowbirds," people from colder areas in the eastern and northern United States as well as Canada, come to Palm Desert for the winter. And now this popular running event, previously the Palm Springs Half-Marathon and 5K, has relocated to Palm Desert. Sponsored by New Balance as before, this is not only a fun competition, but it also supports the Jody Klein Breast Cancer Fund and the City of Hope. 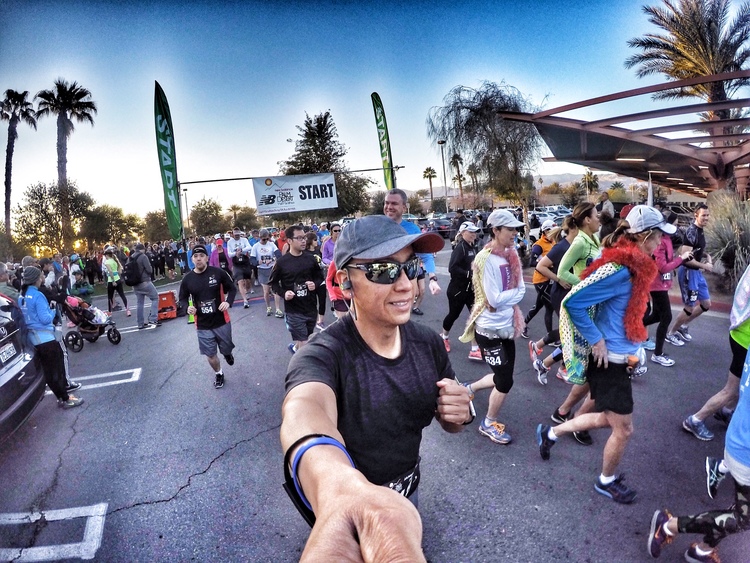